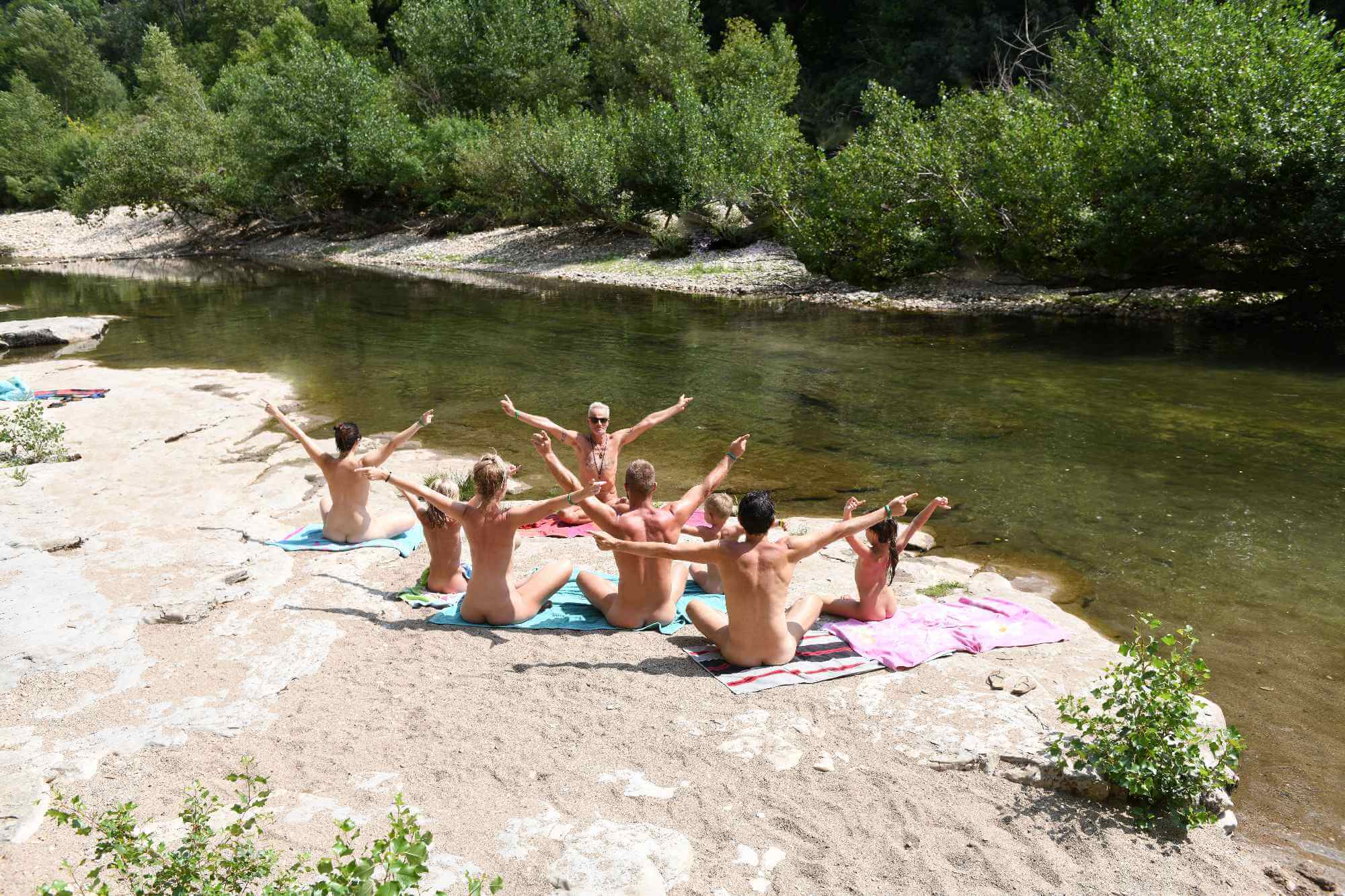 How many naturists are there in France?

According to a study by Protourisme in 2015, nearly 2.6 million French people practice naturism on a regular basis, and nearly 13.5 million more occasionally. Among them, a majority of men (60%), and people under 50 (70%). New generations are converting to naturism which is simultaneous with a slight increase in figures (+2% in 2015).

What is the difference between nudism and naturism?

Nudism simply means being completely naked in the outdoors. Naturism is a real philosophy advocating self-respect, respect of others and of Nature. These values guide naturist people in their everyday life – it helps them live in harmony with others and connect to Nature. Environmentalism, food and eating habits, ecology… Naturism gathers each and every one that stick to and agree with these values and philosophies.

A flasher’s will is to shock, first and foremost. Flashing has no business in naturism. Indeed, there’s no open sexual atmosphere and no possibility for them to shock anyone so flashers find no interest nor pleasure in a naturist environment at all.
All that a naturist wants is to live naked. They don’t want to stay on their own because… that’s not the human nature!

Are there basic hygiene standards/rules?

Hygiene is essential, not only for naturist sites but also for naturist people. Some codes are unwritten and implicit but known and respected by everyone, such is their importance. Clothes may be missing but towels are everywhere for instance – sitting on a chair without a towel is frowned upon. The same es for sports – towels are the one thing you mustn’t forget.
PS: If naturist hygiene is a big concern to you, please read the comic strip published on our Facebook page.

Will I be a target for insects?

Answering a clear « no » would be absolutely dishonest. A tourist can rarely escape from mosquitos, gnats and such. If you fear you might at some point step on a wasp, trust your flip flops, they’ll protect you. As far as flying insects are concerned, don’t forget they like bothering us at night, mostly.
Whether you’re a naturist or not, you’re certainly not sleeping in thick pyjamas and socks in summertime which means that, unfortunately, we’re all equal when it comes to fighting insect bites! Citronella oil anyone?

How can I protect myself from the cold or the sun?

Becoming a naturist doesn’t mean you signed to develop skin cancer or a bad, even incapacitating sun burn. Nobody likes to be ill during holidays. This is a piece of advice for each and every one: sunscreen, parasols and hats are your best friends. As far as cold weather is concerned, nobody will forbid you to wear clothes if you feel cold or if the weather is bad – many will feel and do the same as you.

How do I deal with… that time of the month?

Your menstrual period won’t give you a break during your camping vacation? We feel sorry for you but you certainly won’t be the only one in such situation. You can choose not to to the pool, or to use tampons or a menstrual cup but the most important thing is not to feel uncomfortable. So just do what’s best for you as long as you need to. In any case, there’s nothing about it that es against the naturist experience.

Are children allowed to wear nappies in a naturist pool?

Contrary to common belief, naturist sites ‘owners don’t burn your clothes as soon as you enter their estate. It’s true naturist people like to take everything off to get a perfect tan and no lines but they also have common sense. Which means children can absolutely wear their nappies at the pool, even more so if they still need it.